Robert Kirk OBE was born in Hanover in Germany in 1925. After the Kristallnact pogrom in 1938 and escalating anti-semitism, aged 14 Robert in May 1939 Robert was sent by his parents on the Kindertransport to England. He stayed in school until he was 16 and initially did war work in a factory and joined the Home Guard. In 1944 he joined the army and eventually became an interpreter dealing with German prisoners of war.

Up to the outbreak of war Robert received letters, followed by 25-word messages via the Red Cross from his parents in Germany. These eventually stopped and after the war Robert found out that his parents had been on the first transport out of Hanover on 15th December 1941 to a concentration camp Riga, Lativa. They never returned. Robert and his wife Anne both were awarded OBE’s in 2019 for their work in support of Holocaust Education. 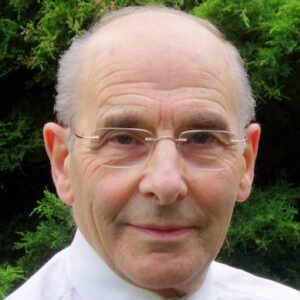 Robert was born in Hanover in German in 1925. Robert was sent to England on the Kindertransport in 1939. After finishing school he did war work …