Gabor Lacko was born in Hungary in 1931. In 1944, within 72 hours of the German occupation of the town, Gabor and his family had to move into the Debrecen Ghetto and work in the brick factory. His family was later taken to Strasshof in Austria, Sitzenberg-Reidling and then to Vienna, where Gabor worked in an anti-aircraft gun factory. Liberated by the Russians, on returning home the family were eventually re-united with their father. Gabor became an engineer and moved to England in 1956. 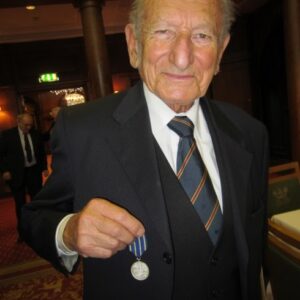 Gabor is a camp survivor, who was born in Hungary in 1931. His family had to move into the Debrecen Ghetto within 72 hours of the German occupation…