This film artistically showcases the photography and filmed footage, developed by students from Arena Academy, supported by photographer and filmmaker Kate Green. The final film was produced, directed and edited by River Rea Films 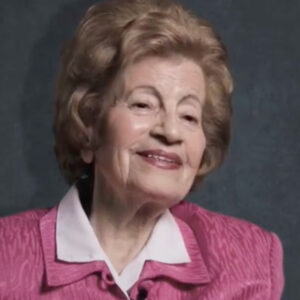 Hedi was born in Hungary on May 8th 1927. She went into hiding in Vienna with a Christian family, before being captured and taken to the factory S…