Harry Olmer BEM was born Chaim Olmer in 1927 in Sosnowiec, Poland, the fourth of six children. In 1940 his father, brother and Harry were forced into hard labour repairing roads and subsequently sent to Plaszow labour camp, then on to the notorious labour camp Skarzysko- Kamienna where Harry worked with chemicals under terrible conditions. He was later moved to a sub-camp of Burchenwald again working in dangerous conditions. With the advance of the Red Army, he was moved to Terezin ghetto, which was liberated in 1945. After a period of recuperation, Harry came to the UK to Windermere with a group of child survivors known as ‘The Boys’. He qualified and had a long successful career as a dentist, retiring in his 80’s after which he began to speak of his experiences. 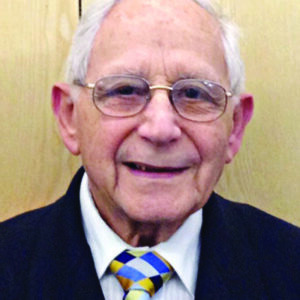 Harry is a camp survivor. He was born Chaim Olmer in 1927 in Sosnowiec, Poland. In 1940 with his father and brother he was forced into hard labou…